Sky Brought Down was developed for a new indoor atrium and main staircase at the Center for Imaging and Intervention at Sahlgrenska University Hospital, where a glass ceiling allows a visual direct contact with the sky, which is subsequently sonified in the building through the work.

The work takes as its conceptual foundation the sky outside the hospital. A weather station on the roof of the hospital forwards weather data in real time to the sound installation. This data is transformed into different types of sound textures.

A total of 16 speakers, which are mounted behind the wooden panelling that runs through the atrium from floor to ceiling, provide for a vertical listening experience.

(SCROLL DOWN FOR  PICTURES!)

Åsa Stjerna´s site-specific Sky Brought Down managed to touch the jury in its gentle vertical manifestation of connections between inside and outside by sonifying weather data. Set in a hospital atrium, connecting different crowdy spaces of the buildings, the site was chosen by the artist allowing for a more interventional approach than the mere “atmospheric” artwork for the waiting room that was originally asked for. By increasing the corporeal as well as conceptual experience of the site, she manages to establish an immersive relation between visitor and site. Even though it doesn’t demand any high attention of its audience, it generously soothes and helps balance the hospital sounds, without disturbing the fragile balance of an everyday work space. Åsa Stjerna has followed a long-term practice and dialogue with public spaces rather than gallery art. Her theoretical and philosophical reflections on sound art and her own practice is as thorough as her methodological process of exploring, sensing, testing, and reworking as a practitioner. In this case she had to patiently develop new methods as she worked alongside architects, engineers, builders, hospital employees etc., developing the piece as the new building emerged. 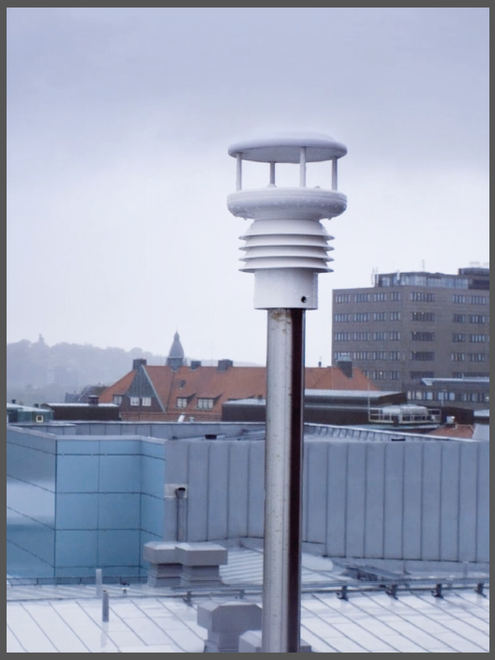 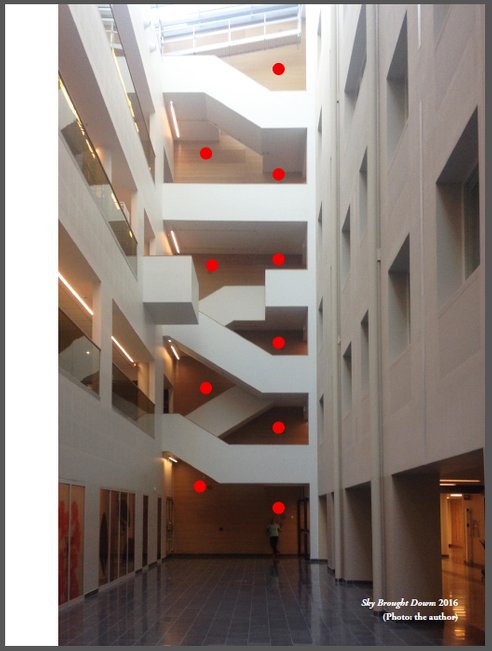 Below: Red spots illustrate  10 of 16 loudspeakers installed behind the  wooden panneling on site inside Sahlrenska university hospital. 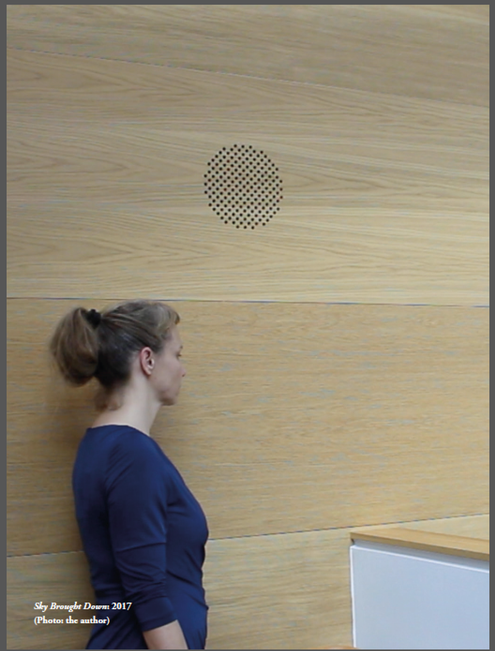 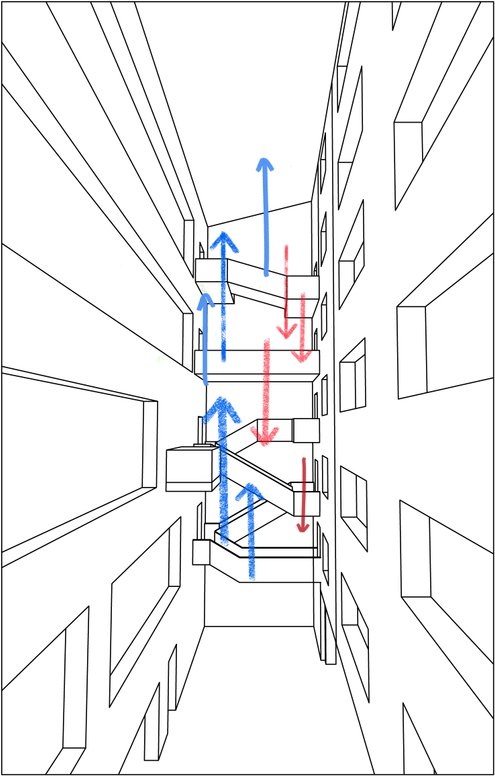 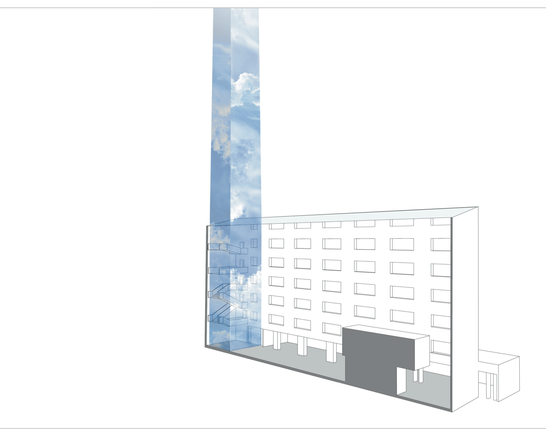 Above: Concept drawing of vertical panning of sounds on site.

Below: Concept drawing "Sky brough down".