In fine arts, the old and rich tradition of landscape art puts focus on mankinds relation and interpretation of the present landscape; from the landscape painting to the contemporary installation in public space. Within the music tradition a simillair genre exists which puts focus on the existing soundscape. The sound installation Inverted Soundscape can be linked to this tradition which gives shape and pays attention to the urban sound surroundings.

The piece consists of sound recordings from the inside of drain-pipes, addressing the urban city spaces as a field of hidden musical possibilities. The sound installation consists of a number of black drain-pipes with loudspeakers mounted inside the drain-pipes, playing a composition consisted of sound recordings from the inner side of drain-pipes in urban surroundings. By translocating the recorded soundscape into an exhibition space, the normally nearly audible, fragile soundscape of something that surround us in the daily life, is made audible for a period of time.

From the inside of the drain-pipes the city-soundscape appears abstract; as a un-sharp photography of an unknown city. Cars, steps, voices, all become pitches, coloured by the drone-like sounds from the drain-pipes themselves. Slowly changes between the concrete soundscape-material and the processed reverbs of the same material made the composition appear more or less abstract: Like the zooming in and out of a picture. The spatiality of the exhibition room was accentuated by “tuning in and tuning out” the drain-pipes. Sometimes only one drain-pipe with its sound material was in use as sound-source, sometimes all of them, synchronized with each other. 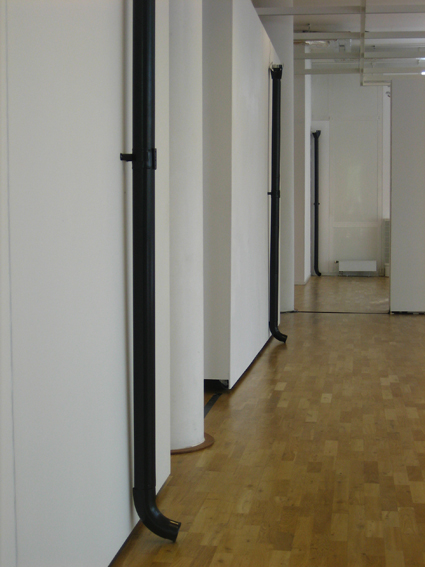 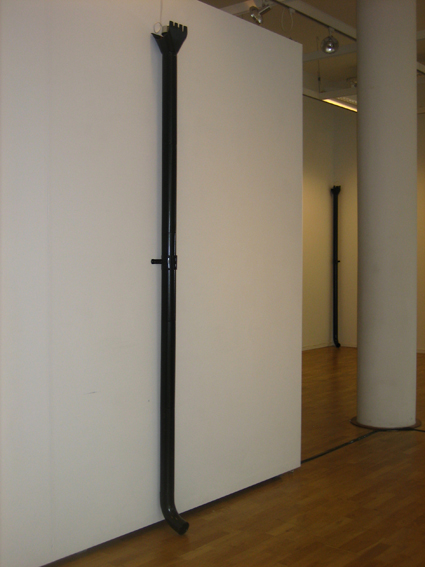